The year was 1946, and Harold Hommel and Walter Bogatis had recently become civilians. They had each served five years in the U.S. Army and had risen to the ranks of First Sergeant and Master Sergeant, respectively. Soon after the war ended, Hommel became involved in a partnership in the camera and accessory business in Poughkeepsie, NY. He had been in the photographic unit in the service, so he was very knowledgeable about the merchandise and a real asset to the business. Bogatis joined Hommel here after he left the service since he too had been involved in photography in the Army.

Soon, another opportunity arose for the two men. They met a woman who had a small town drugstore for sale. She had purchased the business (located in Pleasant Valley) from a licensed pharmacist who she had then hired, but was no longer interested in running it. Having decided that this was a great opportunity for them, Hommel and Bogatis scraped together the money they needed to buy the business from her. Their agreement was that the pharmacist would stay on and the business would be a pharmacy (with some general merchandise).

Also, they signed an assignable lease which carried the option to purchase the store building and property at an attractive figure.

The men decided to organize as a partnership, with everything split evenly. This agreement was written down and registered in the county clerk’s office. On September 10, 1946, the Pleasant Valley Drug Store opened its doors for business. 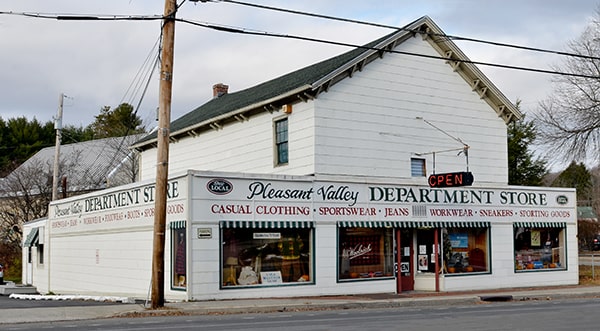 The initial capital (under 5000) went towards the purchase of the business, merchandise, and beginning operating cash. Things went along smoothly until it was realized that the arrangement with the pharmacist was not going to work out, although he had been very helpful to them. He took his leave from the business and from that point on, they carried drugs under a state license to operate without a pharmacist but under authorization to fill prescriptions.

Soon they evolved into a general store, with more general merchandise and a soda fountain, while retaining the license to dispense drugs without a pharmacist. They still had not hired any help and did all the work themselves. They tried to carefully analyze what the people in the community wanted and could afford, and bought merchandise accordingly. The fountain was very successful and seemed to draw a lot of people into the store.

They became one of the biggest outlets around for Breyers Ice Cream, and they also made their own syrups. Very little advertising was done, except for a small handbill that they put in mailboxes and gave to customers as they came in. They still heavily relied on word-of-mouth as their main source of advertising. The store was located on a heavily traveled road, and their hours were 8am to 9pm.

Things went along this way until a pharmacist came to town in 1951 who wanted to start a business. This voided the Pleasant Valley Drug license, so the drug sales were discontinued and the general merchandise was expanded. Since 1946 they had a flashing neon sign in the front of the store that read “DRUGS.” The new druggist, however, requested that the sign be taken down. Fearing the loss of customers they decided to turn off the “D” in drugs and have the sign read “RUGS”. This move helped to keep customers coming in and they also sold a lot of rugs. The name of the business soon changed to the Pleasant Valley Department Store, and the neon sign was replaced with one that blinked “OPEN”.

Some ideas worked and some didn’t. They expanded on some lines and discontinued others. In 1953, they decided that they could do without the fountain, and could use the space to stock clothing. They still depended on word-of-mouth for their advertising, although they did have a few radio spots advertising thermal boots. They also began painting signs on the building to advertise the goods that they carried. In the years to come they expanded their clothing business and went heavily into sporting goods, while still retaining the general store image. People said you could always find what you wanted at the Pleasant Valley Department Store, so always look there first.

The partners felt that they were successful mostly because they valued customer relationships, quality merchandise, and a trustworthy image. These values have carried through the years and are as important today as they were in 1946.  The Pleasant Valley Department Store is still a family business, owned and managed by Hommel’s daughter Caroline Dolfi. 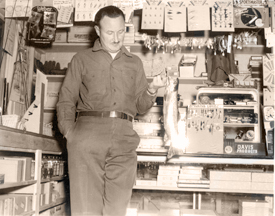 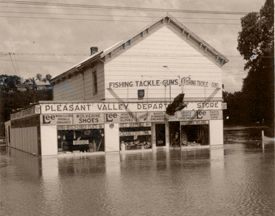 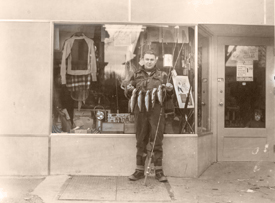 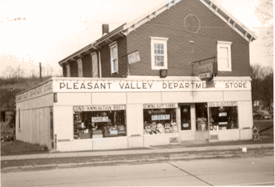 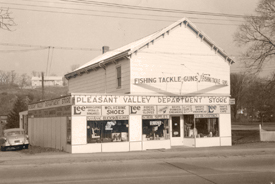 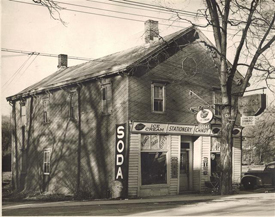 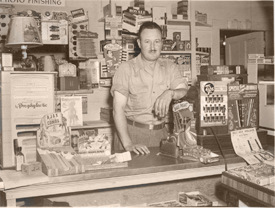 Pleasant Valley Department Store is truly my favorite store. I’ve been a loyal customer for over 20 years. Holidays, birthdays, spur of the moment whims, Pleasant Valley Department Store has it all. No need to fight crowds or traffic! Quaint, comfortable, personal service, and affordable, stylish, quality products…who could ask for more?! Favorite products? Ladybug socks and dog dishes!

As a small business owner, I appreciate shopping in a small store where people know your name and take the time to make sure that you leave as a satisfied customer.  There isn’t much you can’t find here – they have everything! Great products and great customer service.

We proudly support the following organizations and individuals: